Echo dot is a great product by Amazon that goes well with Alexa. The Echo Dot is basically a smart speaker. It comes with a fabric and sleek design. It is one of the most popular smart speakers by Amazon to date.

The device’s compatibility with Amazon’s Alexa allows it to be used perfectly through your voice. What’s even better is that it can be paired with another Echo Dot to produce stereo sound. Using this device, you are able to stream your favorite songs from Amazon Music, Spotify, Apple Music, and many more!

There’s always has been a concern for the sound quality of wireless speakers. Most of them are known to produce poor sound quality when compared to wired speakers. On the other hand, it is completely right to be concerned about a smart speaker’s sound quality.

Today, we will be focusing on the sound quality of the Echo Dot. But before we tell you how it actually performs, we’d like to mention the device had quite an upgrade over the years. The Echo Dot (3rd Gen), which is the improved model over the previous ones.

Similarly, the two old previous Echo Dots weren’t known to produce great sound quality. As a matter of fact, the first one was known to have very poor sound quality. According to all users, the sound quality on the device was unbearable, even for a smart speaker. However, the 2nd Gen Echo Dot came with improvements, which then again, weren’t enough to satisfy the users.

Many users have claimed the device to have appalling or mediocre sound quality. It was obvious that the device was in dire need of a big improvement.

However, with the 3rd generation of Echo Dot, plenty of users were left with a satisfying experience. It still didn’t have the best sound quality when it came to listening to music, but the improvements done on it were significant.

The sound features at least are some kind of bass and a better-rounded midrange. Also, as already mentioned above, two Echo Dots can be paired to produce a stereo sound, which gives off a marginally better quality.

At its core, we all need to remember that this is still a speaker that is supposed to go with Alexa. So, you shouldn’t expect it to sound top-notch. But the device does manage to serve well for its purpose. The device is affordable, attractive, and does sound better than many other smart speakers, such as Google Home Mini.

So, if you’re wondering whether the sound quality of the Echo Dot is good, then the answer is yes. Just make sure you are getting the 3rd gen Echo Dots, as they sound much better than the previous ones. 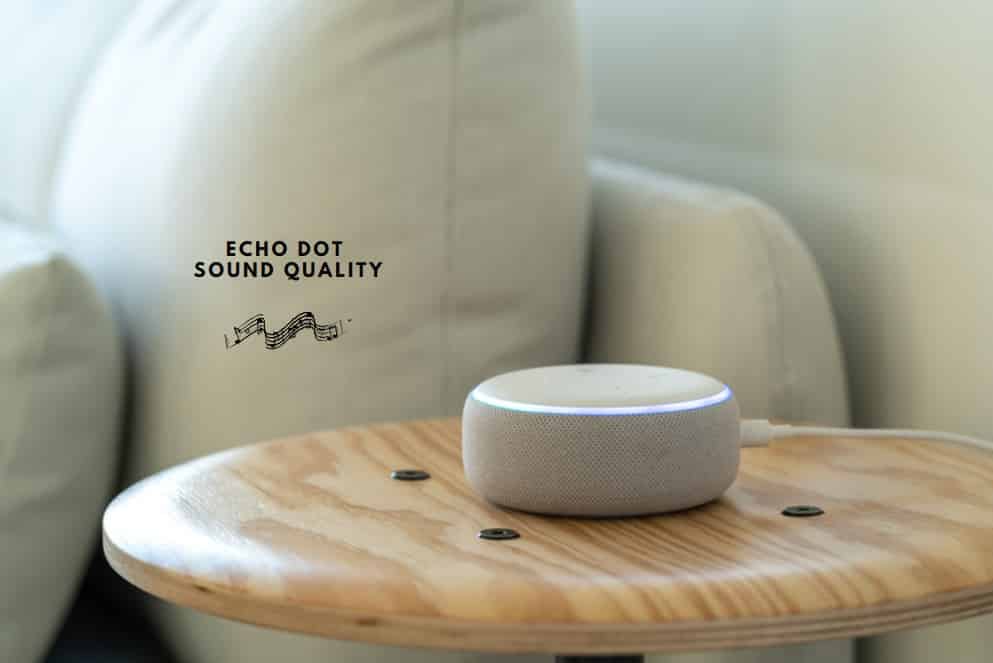