Alexa is a virtual voice assistant, developed by Amazon, that takes full advantage of artificial intelligence. The device’s functioning includes listening to its owner’s queries through voice commands and responding by giving solutions. It is particularly great for smart home users as it gives them a lot of options.

A device called Amazon Echo may be required to run Alexa properly. This is due to the fact that Alexa itself isn’t a physical thing, rather it’s an AI that needs to be installed on a device. In this case, Amazon Echo comes with Alexa pre-installed.

Sometimes Alexa Talks by Herself

Whenever you call Alexa for doing any task, it responds to you by saying something. However, plenty of users have reported seeing Alexa talk by herself on many occasions. This has concerned them, as they are wondering whether Alexa has finally gone crazy or not.

The problem is, Alexa is only supposed to say something when you say the wake words. Apart from that, it should never say anything at all. What’s even worse is that some people have actually reported that their Alexa starts laughing all of a sudden. This is quite creepy.

How to Fix Alexa Talks by Herself?

There are a number of reasons why this may be happening. But the most common reason might be because there’s a weird or glitched routine that may be causing Alexa to talk by herself. In either case, you will need to use your companion app in order to figure it out.

Simply start by opening the companion app, and logging in to your account. You will see a hamburger icon at the top left corner of the app. Choose Settings, and then go-to routines. From here, you have to check all of your routines and see if there’s anything weird that may be causing this.

Some users have stated that a connected Bluetooth device may also cause Alexa to wake up and say something all of a sudden. This is why we recommend checking all of your Bluetooth devices as well. Once you’re done, you should have found something by now.

Alexa talks by herself sometimes? Well, there can be plenty of reasons for this. We have actually found that there really is no proper explanation as to why this happens. But we did rule out all the possibilities as to why this may be happening to you. If you want to fix it, try applying all the things that we have mentioned in this article. Hopefully, you will successfully fix the issue by doing so. 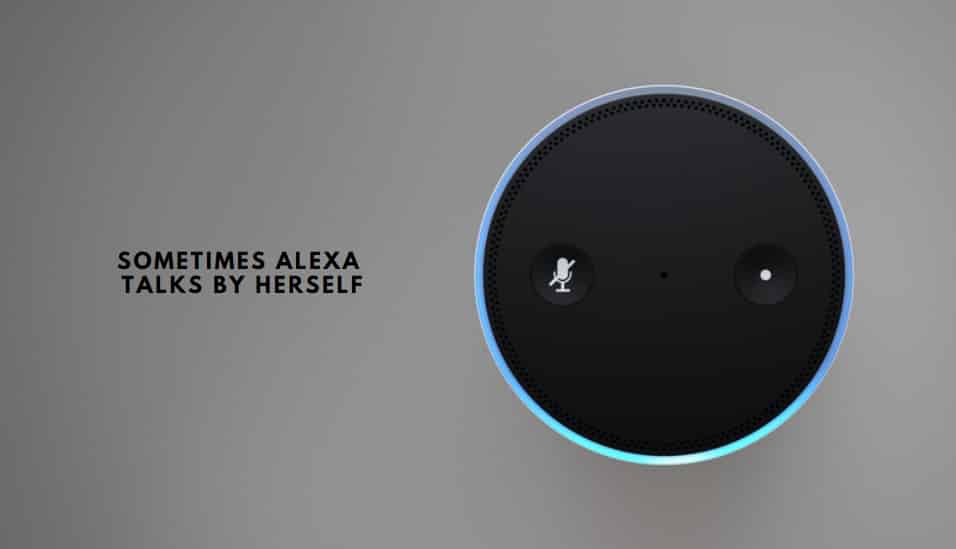