At this stage, Philips have firmly established themselves as one of the best smart lighting brands out there. A lot of the reason for this is that they have a product for pretty much everything. But we tend to put a lot of weight on the fact that their stuff is nearly always far more reliable than their competitors’.

On top of that, they always seem to have a wider array of functions and abilities. To us, it’s worth paying that little bit more to get something you know will just work and will last a bit longer.

So, faced with a choice between the likes of LIFX and Wyze vs. Philips, we’re always going to lean toward the latter. However, like any other smart home equipment, it can be confusing trying to figure out exactly what you can and can’t do with a Philips Hue Bridge.

In particular, quite a few of you seem to want to use more than one Hue Bridge at the same time. So, for those of you who asked, here’s what we’ve found out! 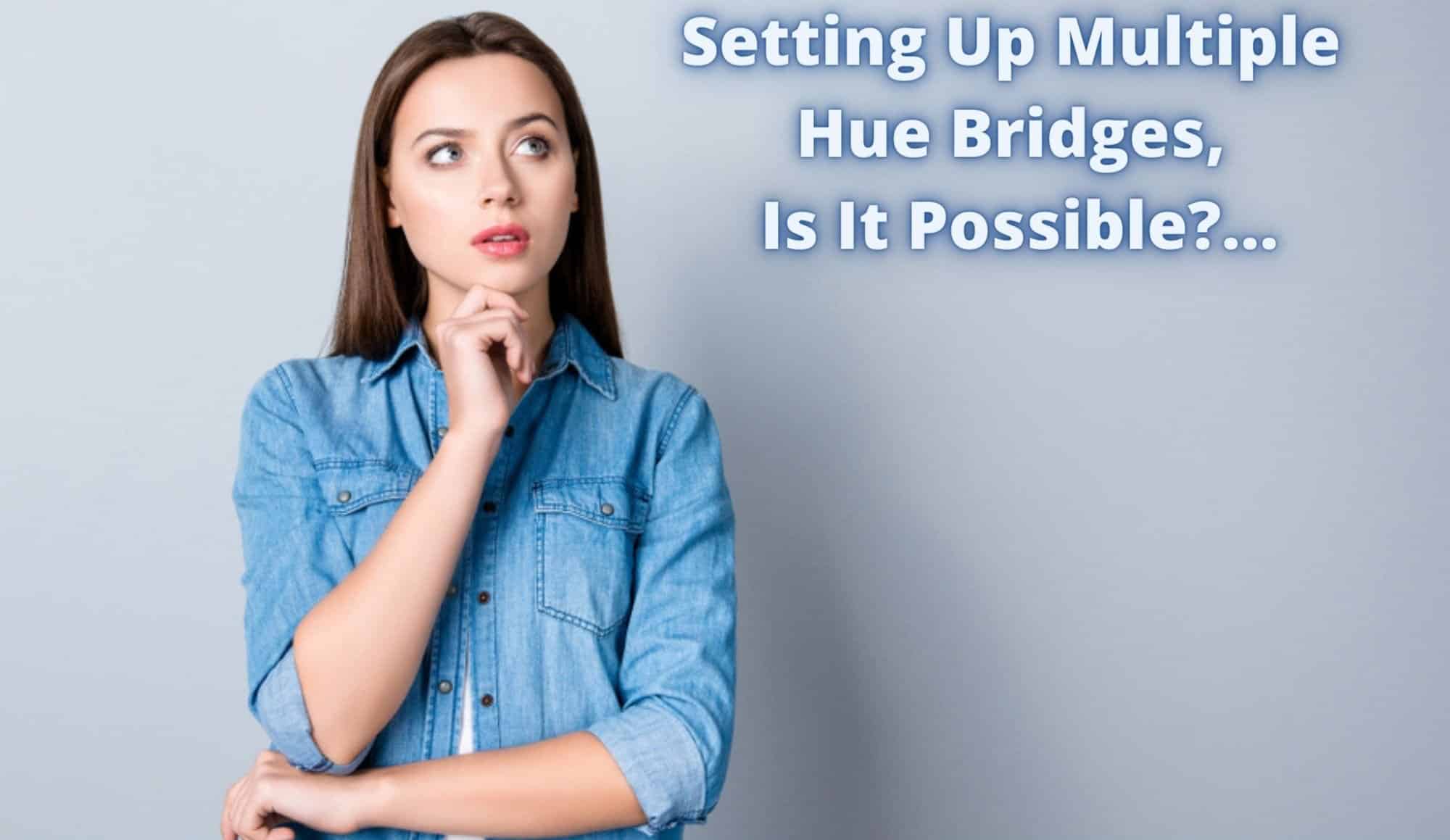 For those of you who are trying to get a lot of smart lights, it can become a bit of a nightmare to get them all to connect to a single Bridge. Really, it can seem like the only way it is ever going to work is if you buy another to lighten the load on the first.

If you have been wondering if any of this is even possible, we have good news for you – it is 100% possible. In fact, trying this out will have zero negative effects on your automation system as a whole.

How it works is that you can assign your lighting into different groups, each representing a different are of the building that you are trying to light. It’s easier than you’d think it would be. For example, you don’t even need to have the hassle of constantly switching tabs to use different Bridges.

Instead, all you have to do is open up the app on your phone and you can have full control from there. To really finesse the process, you can always configure the lights with some sensors for a perfect flow.

Really, the only part of the process that can cause a few headaches is when you are trying to hook the lights up to the new Hue Bridge for the first time. After you get the hang of that though, the good news is that there isn’t a maximum restriction to the number of Bridges you can add in.

Essentially, if you happen to be a billionaire with a massive mansion, you will still be able to control the lighting in that vast space with an appropriate number of Bridges.

For us, we think that having an extra Bridge or two in a large setting is actually a great idea, and not one to be shied away from. After all, by not overloading them, you are giving them a better chance to perform to their optimal levels. As the old adage goes; “a burden shared is a burden halved”.

But, before we finish up here, we do have one thing to warn you about. There are many of you out there that have mentioned that getting multiple bridges to pair with your Google Home can be a bit of a struggle.

However, it also appears that this particular problem mostly cropped up for those who had Google devices hooked up in one area of the home, with the Bridge having been cast away outside of its connectivity range.

Great news! It is entirely possible to set up as many Hue Bridges as you could ever need or want. There are no negative side effects to doing so. It won’t make a total mess of your smart lighting set up. In fact, for those of you working a lot of lights over a large space, it is actually recommended protocol!

So, if you happen to fit into that description, we would 100% recommend that you lighten the load on your current Bridge by getting another one involved.

The app is intuitive enough that you will easily be able to manage all of this and not become overwhelmed by multiple tabs and notifications. The interface supports the user accessing every device they have from one station. We hope that explained everything. Enjoy!

2 thoughts on “Is It Possible To Setup Multiple Hue Bridges?”