Google is a multinational company that provides users with products related to the internet. These include mobile phones, smart home devices as well as other similar services. They have recently launched a voice assistant known as Google Home. You can connect it with all your other smart home devices which will then allow you to control all of these through voice commands.

This can be really fun and even the configuration setup is not that complicated. Though, there are still some issues that people have been getting with the services. Recently, some Google Home users have been reporting that their group is not working. If you are also getting the same error then going through this article will most likely help you out.

How to Fix Google Home Group Not Working?

The first thing that you should check when receiving this error is the compatibility of your devices with the Google Home. The Google Group feature is provided to the voice assistant users which allows them to connect all of their systems to a single hub. You can then easily control all of these with simple commands to the hub.

Though, you should note that the devices that can be paired up in the group feature are specific to Google. On top of this, only the equipment that was recently released can utilize the service. Considering this, if your device does not support the feature yet then you will have to wait for some time.

Google has been working on releasing updates for older devices so that they can be paired up with the Home. Though it is not yet confirmed and if you are interested then check the website for the device to read details about it. The page should also contain a list of all the devices that support this feature at the time. Going through this will help you out in confirming if your device can be used to connect with the Google Home.

The firmware version is usually the program number that your device is currently running on. You can check this by accessing the Google Home application and then opening up the device settings on it. Now scroll down a little to find the information about your device here. You will notice that a series of numbers will be given next to the firmware version.

The user can then check online to see what patch file is currently the latest one that has been released by Google. If you were running an older firmware then updating yours should help fix the error. Download and install the new files on your Google Home device and then reboot the device. This will ensure that all the changes have been applied successfully and that you can start using the group feature again. Do not touch your application or device during the installation period to avoid further errors.

Sometimes the problem can be from your internet connection instead of the device. People mostly use a wireless connection with the Google Home so you should start by checking your router. If it has been placed further away from the device than what it can receive signals from. Then this is most likely the reason for your issue.

The company suggests that your router is placed at least 15 to 20 ft max away from your device. Though, this might change depending on what model of router you are using for your connection. You can test the speed your Google Home is receiving by taking a speed test. Stand at the same distance as your device and then check the speed from your mobile. If it is low then you can fix the error by moving your router closer to the device.

People that cannot change the position of their router should either try removing objects between the devices. These can sometimes block the signal strength coming from your system. Alternatively, a smother solution is to set up a new router in their house. This can be placed much closer or right next to the Google Home which will ensure that the signal strength you get is always strong. Any other connectivity problems that the user was having before should also be gone with it. 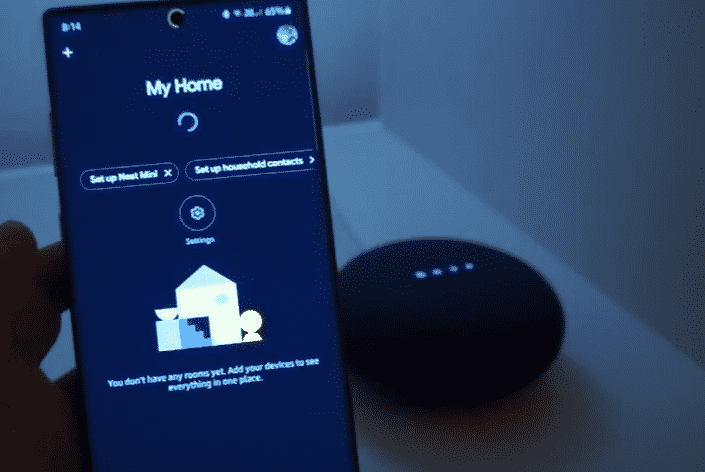