Home security has remained the priority of people since time immemorial, and one of the things that have helped homeowners the most in this regard has been the security camera. In case of any untoward activity, the owner can easily look at the incident that has taken place, and trace out potential intruders if there are any.

Of course, with the rapid rise in technology and that in smart home innovations, home security cameras have taken on new forms and features. Gone are the times when such a security feature came into effect after an incident, now you can be more pre-emptive in your approach towards securing your home.

This is exactly the space that the folks at Arlo are trying to capture in the security camera market. With their brilliant offerings, you can now keep a vigilant look at your home all through the convenience of your mobile phone.

Consider that the growing ease of setting up their devices makes them an excitingly enticing device to have. For this very purpose, we are comparing two of the offerings given by Arlo, one being the original Pro and the other being its predecessor, the Pro 2. We will look at if it’s worth the dime to buy the newer version or not. Let’s dive right in.

The thing that set the original Arlo Pro apart from the competition was its seamless connectivity and setup. You literally have to put the camera modules at the desired place and the main module at its own designated spot, and you’re ready to roll. No need for connecting lengthy wires and drilling holes for them, it is all taken care of wirelessly.

The great thing is that this feature moves over into its successor, the Arlo Pro 2. It’s similarly easy to set up and the wireless connectivity is pretty strong around the house.

Probably one of the areas which differentiate the two security setups the most is the resolution that each can capture and relay. Ideally, cameras and especially security cameras are expected to capture high-resolution videos. This allows for accurate viewing on larger screens and helps in identifying people and objects more accurately.

Moreover, a higher resolution capture allows for more zooming into the individual frames. In this regard, the Arlo Pro 2 takes the crown over the Arlo Pro. Arlo Pro 2’s ability to capture and relay video at 1080p resolution, in contrast to Arlo Pro’s 720p brings it at par with industry standards. Add to it the benefits that have already been laid out, this makes for a pretty strong case for the Arlo Pro 2.

Both the Arlo Pro’s come with an amazing feature set. Of course, Arlo Pro 2 has all the features of Arlo Pro but comes along with some necessary and great new features as well. Both come with a wide 120-degree field of view, as well as night mode, 2-way audio, motion sensing, and compatibility with all other Arlo products.

However, there are a few features where the Arlo Pro 2 stands out. One is the recording resolution, which has already been mentioned before. The other is the ability of Arlo Pro 2 to record video 24/7. This enables some great security around the clock for those who definitely require this feature.

The Arlo Pro 2 also has custom zone activity detection which allows you to pin down a specific area in the video for movement to occur before the camera can start recording.

Choosing between the Arlo Pro and Arlo Pro 2 security cameras is indeed a difficult decision to make. The original cost $301 on Amazon while the Pro 2 costs $420, which is a serious amount of investment. This comes entirely down to the homeowners whether they want the feature set of the Arlo Pro 2 or they want the equally great but cheap and slightly under-resourced Arlo Pro.

Definitely, for some customers the higher resolution and continuous video recording are a must feature to have, and something that is necessary for their security, then they should indeed go for the Arlo Pro 2. 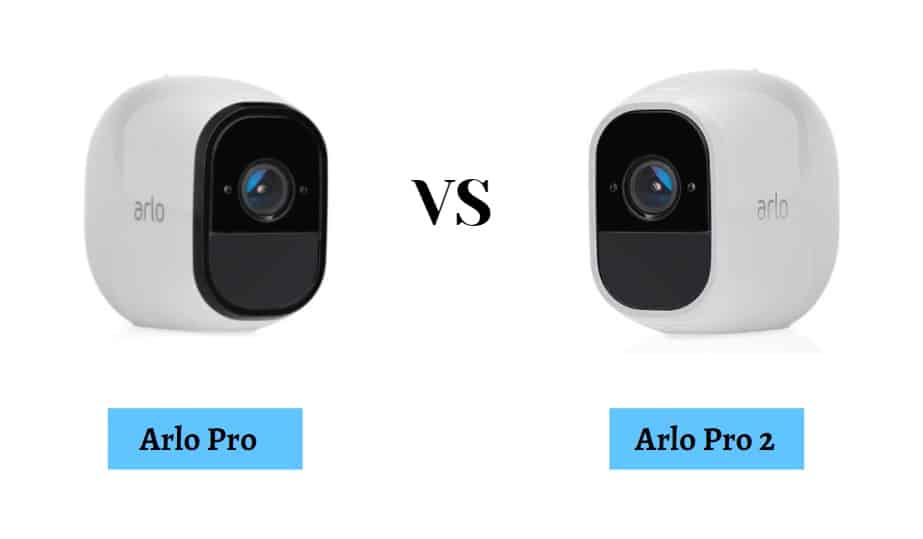