Though we normally use this space to diagnose tech issues that you may come across you’re your smart home gear, we thought we would change it up a little for today.

With so many new products coming onto the market, it can be hard to separate the faff from the finesse. So, today we are going to have a closer look at the Exhale Bladeless Fan.

We find that the question most people want the answer to is “is this worth the money?” So, with that in mind, let’s see what it has to offer.

For those of you who aren’t all that familiar, the Exhale Bladeless Fan is yet another smart home appliance designed to automate your daily task and generally streamline your lifestyle.

On a basic level, it also moves air around your house – no big surprise there. As far as fans go, it’s actually a pretty nifty and innovative design.

The bladeless design is really futuristic and sleek looking, which is always a plus in our books.

But, the best bit about it is that every single function that it has can be operated remotely via an App that you will have to install on your smartphone. There’s also the lighting element.

See, the Exhale Bladeless Fan is also equipped with LED lights which also allow it to be used as a ceiling light. This feature can work in unison with, or separately to the fan itself.

Since its release, the Exhale Bladeless Fan has picked up quite a lot of critical acclaim from its user base. For us, this is always a good sign of a quality device – not that we just take people’s word on these things.

But, in general, when consumers flock to a certain product above another in their drives, it is generally for a good reason. Then again, it is important to keep an open mind.

After all, this is by no means a flawlessly perfect device, if such a thing can even exist. There are some cons to counteract the pros. So, if you want an objective and impartial view on this, you’ve come to the right place.

Below, we will take a closer look at every element of the design that matters, singling out all of the pros and cons as we go.

In the end, we aim to figure out whether or not the Exhale Bladeless Fan is actually worth the money they are asking for it. After all, this device isn’t exactly cheap. So, without any further ado, here’s what we found out: 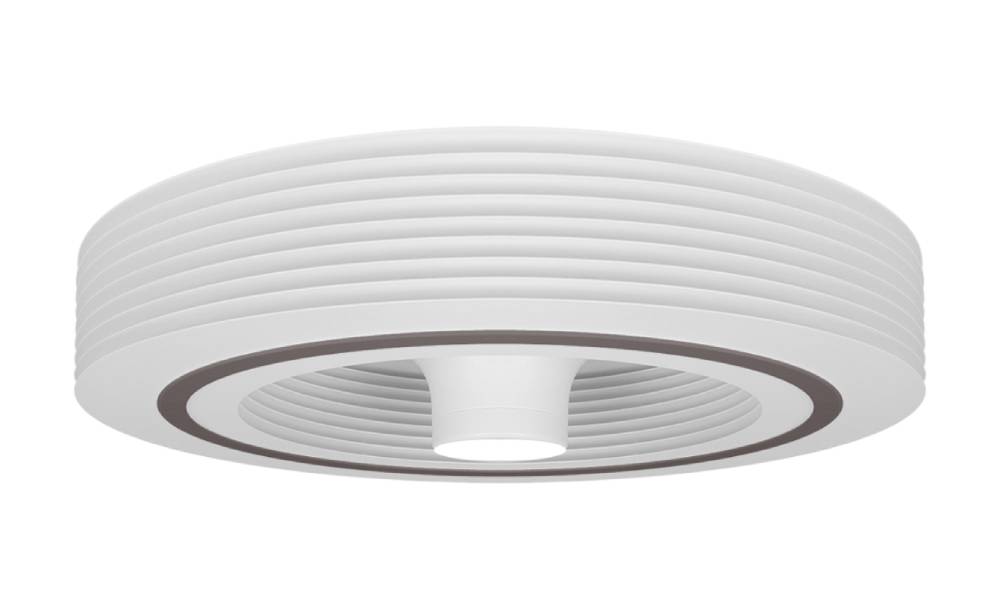 Though many of you will claim that function is far more important than fashion, there is always a limit to what people will take in terms of sheer ugliness.

After all, you will have to look at it pretty much every day after you buy it. You may as well at least be able to tolerate the way it looks.

The first thing to note about the Exhale Bladeless Fan is that the design type is definitely one that will fall into favor with the minimalists out there.

It seems like it was specifically imagined to fit into the more futuristic of homes out there. When you think about it, this was a pretty smart move on their behalf.

They’ve guessed that most smart home enthusiasts will prefer to step away from traditional design types – and they’re probably right. So, overall we have no choice here but to call the design a ‘pro’.

With smart home products, there can be an unfortunate tendency to focus too much on how smart it is as opposed to how well it does its basic job. Essentially, we are looking at a fan here.

Therefore, it must actually work as a fan – and it would be a big plus if it worked better than traditional type fans.

With the Exhale Bladeless Fan, due to the fact that it has no blades, it could be quite easy to assume that it isn’t going to be all that effective. A bit of skepticism here is a granted.

But, we have good news on this front. It seems like there is a practical element to the bladeless design. Whereas a traditional fan will only push air out in one direction, this just isn’t the case here.

When it comes down to it, the Exhale Bladeless Fan actually spreads air more evenly throughout the space. Again, we have to call this a win for Exhale.

In terms of the more complicated stuff, we have to say we are more than a little impressed. As we mentioned above, the fan also comes with LED lighting as standard.

You also have the option to run the fan without the lights if you want. It’s a simple addition, but it’s one that we’re sure that more than a few of you will appreciate.

That being said, if this was the only extra feature, the whole thing would be a little lackluster – especially at this price point. For us, the biggest strength of this fan is that you won’t notice that it is doing its job.

It doesn’t make a big fuss about it, it just works away quietly and peacefully. In fact, it barely makes any noise at all. You could probably fall asleep with it on and sleep soundly.

Of course, there are all of the expected smart functions that you would expect from a device such as this, but the fact that it is quiet was the most impressive for us. 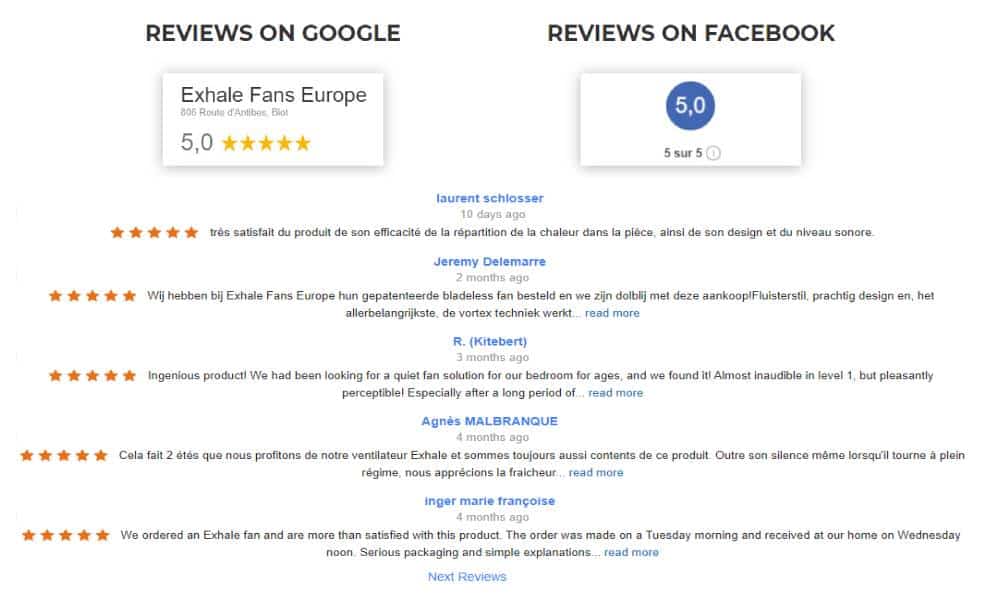 Though it is important that you come to your own conclusion as to whether or not you want to invest in one of these, it is always a good idea to back up one person’s opinions with some more.

Having trawled through the user review section on a few different websites, the vast majority of users seem to have the same opinion as us on this one.

Though there are a few negative reviews out there, these all seem to relate to shipping or some other issue rather than directly to the product itself. It’s pretty reassuring all round!

The take home from this is that the Exhale Bladeless Fan seems to be right up there with the best in terms of durability, build quality, functionality, and pretty much any other criterion you could ask for.

But is it Worth the Money?

Overall, it seems like there is very little to put into the ‘cons’ column for this device. Undeniably, it is well made and packs in all of the features you would ever need for a device of this type.

Not only that, but it does all of the basics right too. So, if we were to pick a con, you would really be forcing our hand here. We could possibly say that it costs a little too much, but then again, you get what you pay for.

If you really want to have one of the best fans out there, it makes sense that you would have to pay a little more to get it.

The only issue at the moment seems to be that they are struggling to make enough of them to keep up with consumer demand! All in all, not a bad complaint to have.

That’s about it for our little review on the Exhale Bladeless Fan. We will endeavor to review a whole range of other new and exciting smart home innovations in the near future and report back with more info for you.

In the meantime, if you have bought one of these and want to share your thoughts with our readers, feel free to do so in the comments section below. Thanks!

1 thought on “Exhale Bladeless Fan Review 2021: Is It Worth The Price?”