Amazon’s Alexa is a smart AI that is developed to act as your smart home assistant. To control the device, you simply need to use wake words, such as “Alexa”, or “Echo”. After waking up the device, you will need to give it a voice command.

As Alexa is designed to listen to your queries, once you give it a command, it will search and execute it. For instance, you can ask Alexa to play a song. You can also ask her to set up an alarm, or a schedule.

The Tick is a very popular comedy show owned by Amazon. The show was adored by the viewers and enjoyed good ratings. Unfortunately, it was canceled soon after the 2nd season was released. The reason is still unknown as to why it was canceled all of a sudden.

However, Alexa’s owners started asking her to do the same thing after watching the scene. For some, it worked and Alexa did play ominous music. Others weren’t as lucky. This caused confusion among the customer base, as some really wanted Alexa to play ominous music just like in the show.

Many online threads were also made where people were asking why Alexa won’t play anything when they ask her to. Some said that Alexa started playing something completely different. One person reported that his Echo device actually replied to Terror’s voice in the show.

To answer the question, yes, you can. You may have noticed that in the show, Terror uses “Echo” as the wake word. First, make sure what is your wake word as there is multiply available on your phone app. Now, you might need to add a playlist of ominous music before progressing on.

If you don’t add a separate playlist, you may find Alexa playing something weird instead. So, make sure you add an ominous playlist. Once you have done so, just simply ask “Alexa (Or whatever’s your wake word), play ominous music. Alexa will process your instructions, and then successfully play the music afterward.

Can you really make Alexa play ominous music as it did in The Tick? While it may require you to add a playlist beforehand, but yes, you can do so easily. In this article, we have explained everything you need to know about it. Make sure you give this article a good read. 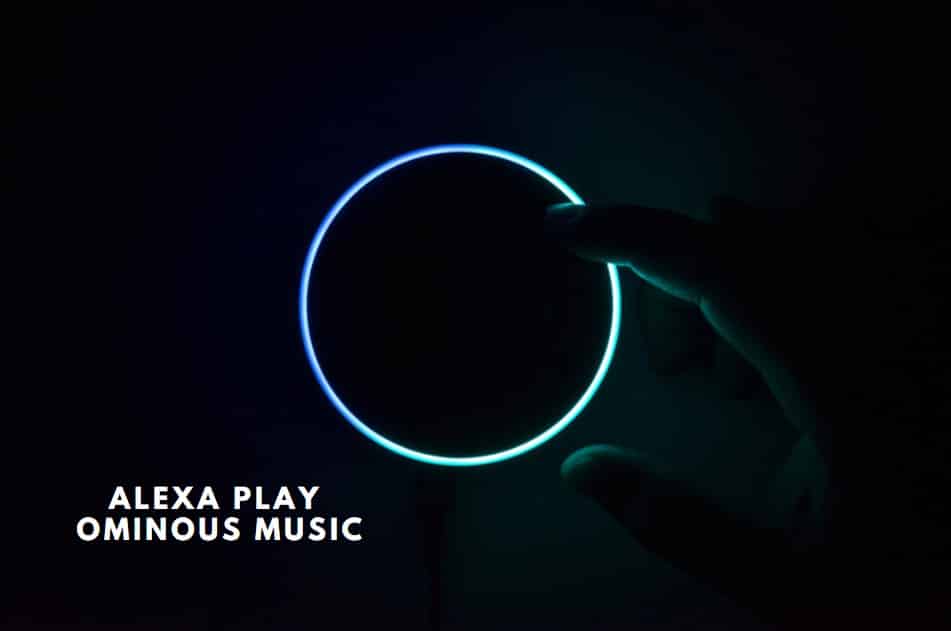