ZigBee is basically a wireless technology standard or a communication protocol that is used to define a set of protocols for short-range communications. The main purpose of the technology is to be simple and less expensive compared to other networks, such as Bluetooth or Wi-Fi applications. To name a few of these applications, wireless light switches, traffic management systems, and home energy monitors.

ZigBee applications are mostly used for home automation, medical data collection, and industrial control systems. In other words, it plays quite an important role in a smart home. Plenty of devices support these applications, including lights, switches, door locks, appliances, and more importantly fans. Although ZigBee applications can also be used in remote monitoring systems, it is more commonly used in home devices such as being a fan controller.

As we have already mentioned that the ZigBee applications can be used in basic home appliances and devices. One common use of ZigBee is being a fan controller. ZigBee fan controller allows you to control your fan through your smartphone.

Keep in mind ZigBee is simply a communication protocol used for short-range communications. In this case, you will be using your device to set up protocols for communicating with your fans. As a result, you can have remote control over all the fans in your house through your smartphone.

You will have complete control over every single fan of all the rooms in your house. With only a single tap, you can change the state of your fan. For instance, you can turn their lights on/off. You can also change in what speed they are running through your smartphone. Other basic tasks with your fan can also be done thanks to the ZigBee fan controller.

To control a fan using your smartphone, it is crucial to have a smart fan rather than a normal one. Although there are ways you can turn your ordinary current fan into a smart fan using IR module and adapters. But for optimal results, we would recommend using a standard smart fan.

There are two ways a person can control smart fans using his smartphone. One is through Wi-Fi, while the other one involves you using a ZigBee format. Controlling the fan through ZigBee requires a smart hub. Also, you will be controlling the fans through an app installed on your phone.

Every smart fan comes with a standard infrared remote control (IR), which also allows you to have complete access to it through your phone.

The only other thing you need to take care of is while installing the smart fan, you need to wire an IR module that features ZigBee radios.

ZigBee is a great communication protocol that is very important for smart home applications. Although Wi-Fi options are also available for controlling your smart fans, many prefer to use ZigBee. It takes a simpler and less expensive approach towards short-range communications and meshes networking. 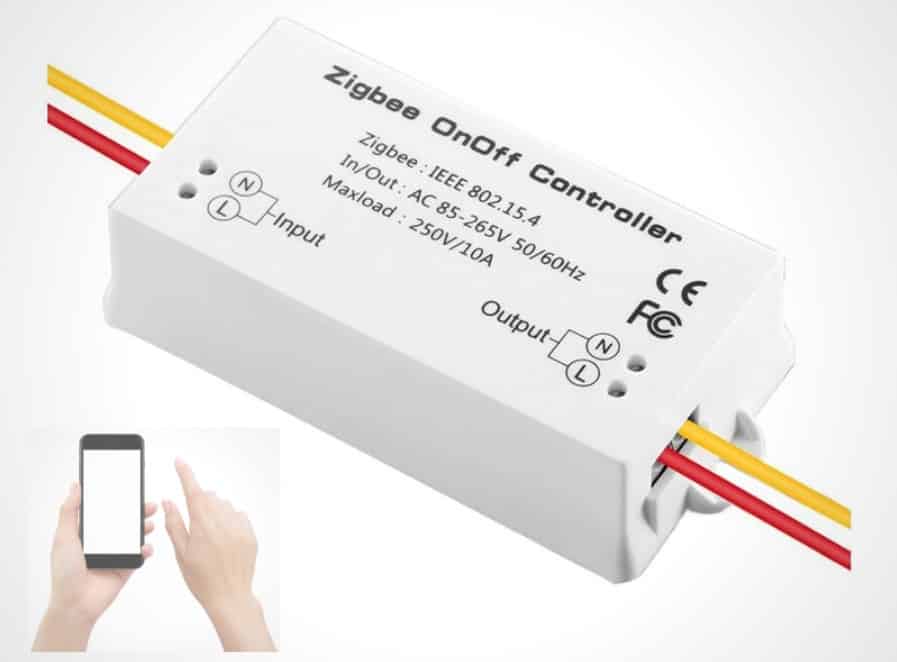