What is a Smart Ceiling Fan?

The smart ceiling fans have similar features like your regular fans; however, you may find some brands that look somewhat futuristic. These classy looking brands may feature special lighting and sleek designs for the fan blades.

Smart ceiling fans also have fan blades that measure the regular length of your conventional fan models, sometimes shorter, depending on the manufacturer’s design or special features which have been added.

The numbers show that there is an increasing demand for smart ceiling fans. A little research will reveal why these products are becoming more popular. The most glaring fact is that the smart ceiling fans are truly convenient and very easy to use.

A big percentage of the users who buy and install this product in their homes are people who want to keep their homes cool at a comfortable temperature without the use of the air conditioners. In rooms where smart ceiling fans have been installed people of all ages can feel comfortable because the air will be fresh and not so cold due to the circulatory power of the smart fans. Using these products can also reduce your energy costs, at least when compared to the use of air conditioners that consume more energy.

How do smart ceiling fans work?

Smart ceiling fans are one of the useful inventions that have blended in smoothly with the smart home systems. They function based on simple principles that you will find impressive, and with a little effort, you can get your smart ceiling fan rotating and circulating cool air in your rooms.

The smart ceiling fans connected with your virtual assistants such as Alexa can be activated by voice command. Alternatively, you can find models in the market that come with independent voice activation controls to recognize your command and turn on the fan.

Many models of smart ceiling fans have also been integrated with mobile apps which you can use to control their features. These apps can be downloaded on the regular operating systems such as iOS or Android. From your app, you can view the fans features and control it remotely.

When a command is received, it is interpreted by the smart ceiling fans internal computer and executed. For example, you can speak a command for the smart fan to start and rotate at a particular speed. Other features on the smart fan can also be activated by your voice commands as earlier pre-set or stated in the user manual.

Setting up your smart ceiling fan

After purchase, you shouldn’t find it too difficult to install your new smart ceiling fan. There will also be a manufacturer’s guide book to help users with the installation process. However, you can get this task done by a handyman for a fee.

Installing the smart fan will take a few minutes when handled by an experienced person after it is done, you will need to download the app or integrate your new smart ceiling fan with your smart home controls or Alexa. Depending on your model, and the type of connectivity, you can get this done quickly. When a connection is established between the fan and the wireless control system, test its features to know how they work.

Features of the smart ceiling fan

The features of smart fans can be identified as the reasons they are becoming very popular. Everyone is getting them these days. I have found some of the top features that have made these products so ‘hot’ in the market.

The smart ceiling fan comes with so many interesting features. Thankfully, many of these functions can be customized to meet your needs. For example, with your wireless control system or via the app you can set your smart ceiling fan to rotate at a particular speed. What’s more, you can create customized schedules to control the function of your fan. You can set schedules that control the fan to rotate at a particular speed and then increase or reduce speed after a few minutes or hours.

The smart ceiling fan can be controlled by smartphones, smart speakers or even your smartwatches. If you can download the smart fans mobile app on the device, you can use it to control your smart fan. Overall, I have to give it to the voice control for smart fans which can be done with Alexa on your Amazon Echo speakers. With the voice control, you can turn on or switch off your smart fan from any part of the home with voice commands.

With these smart ceiling fans, you may actually be getting more for less. These smart fans can lower the temperature in your home to make the rooms comfortable, and they consume less energy, so it is a benefit for all users.

Smart fans function at high speeds with less noise. If you are the type of person, who doesn’t need disruption from electrical sounds in your home these smart fans will be a good fit.

Whatever your choice is, they all function the same way, maybe with some added features. 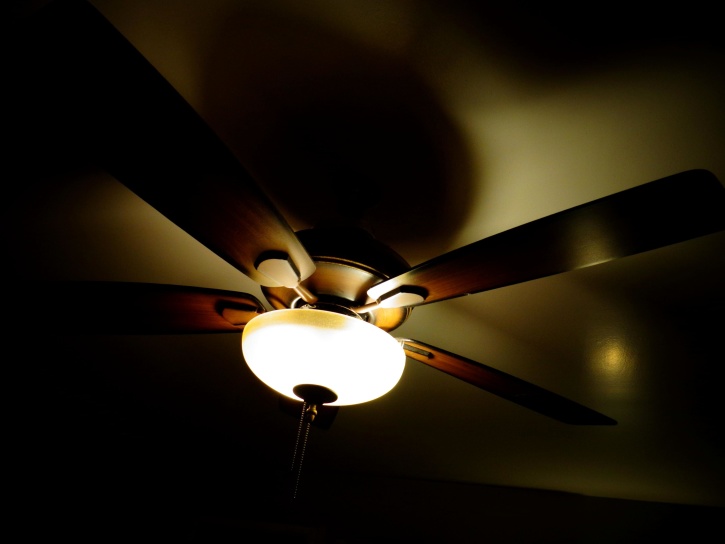