LED light strips are a great way to illuminate your house in a wide range of ways. They are also a great thing to go with your smart home.

These LED light strips work better than Smart lights in plenty of cases as they are used to decorate your house in an amazing way. LED lighting is some of the best, most cost-effective around.

Beyond that, it is fashionable and trendy as well as eco-friendly. And don’t even get us started on the installation process.

Compared to what you had to go through before to add some flare and sparkle to your home or office space, LED strip lights to make dynamic interiors accessible and easy to implement.

You can illuminate each and every one of your rooms just like you want with your remote. Also, many LED lights also come with RGB to enhance the lighting experience in your house.

LED lights strips are usually controlled through a remote. The remote is used to control the multiple functionalities of an LED light strip. So, it is important that you secure your remote and don’t lose it.

Many users have reported a lost remote for their LED light strips. As a result, the users get desperate and start asking what they should do.

If you have found yourself in a similar situation then there’s nothing to worry about. We will be covering what you can do if you lose your LED strip light remote.

So, here’s what you can essentially do in such cases:

1. Plugging the LED Strip Light Into the Power Source 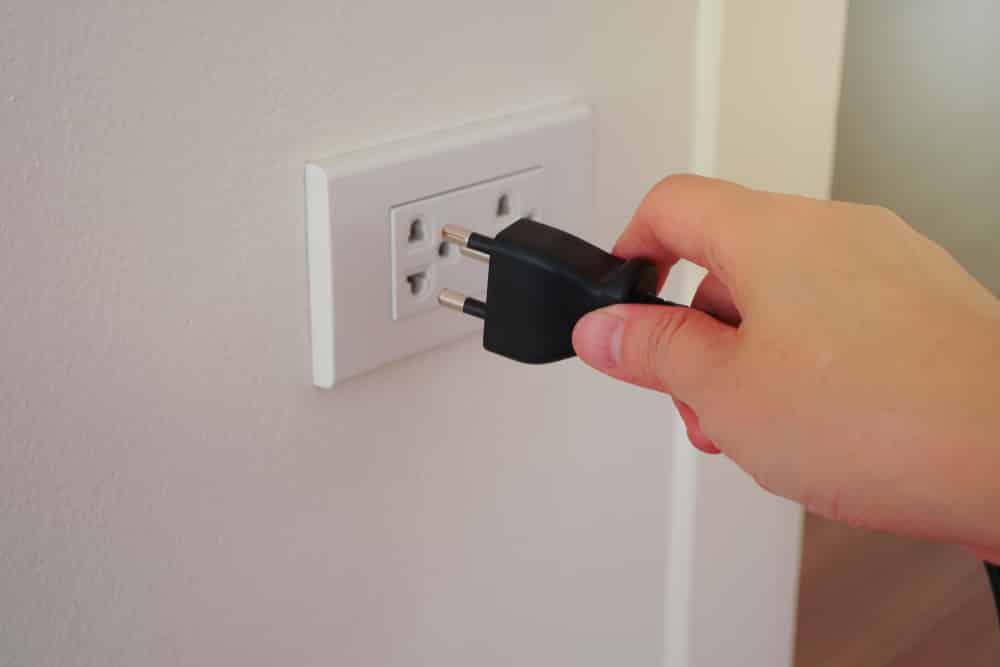 This solution is quite simple to execute but might not be the most convenient for long-term use. All you need to do is plug your LED strip light into the wall and leave it on and unplug it when you want it to turn off.

Unfortunately, this solution won’t work with all LED strip lights. Some have an integrated remote and power function; in that case, you won’t be able to directly plug in the strip lights to get them to work.

If the receiver function can be detached, you may want to do that before plugging in the LED strip light.

Aside from the inconvenience of having to manually plug and unplug your LED strip lights, you also won’t have access to your range of hues and intensities offered by the LED strip light. 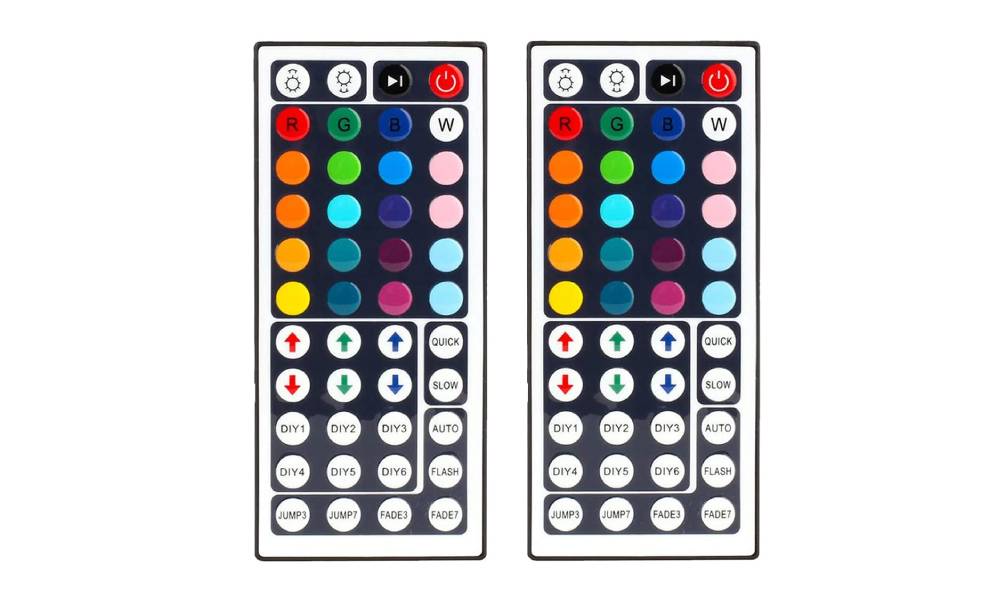 The most cost-effective and, ultimately, the best option for fixing a missing remote is to replace it. To do this, go to where you purchased the LED strip light or use an online retailer such as Amazon.

You will want to try to get a remote from the same manufacturer for the same LED strip light model that you have. You can usually find out all of the information you need about your LED strip light on the bottom of the unit.

If that doesn’t help, you may need to reference your receipt or even shop around until your find the lights you purchased.

You will want to make sure the replacement remote that you purchase is compatible with your LED strip light. This is especially important when it comes to voltage specifications.

You can do this by matching up the specific model numbers and other performance information from your LED strip light.

There are also a plethora of universal remotes for LED strip lights out there that might be able to meet your needs.

3. Another Alternative: Checking for an App Online 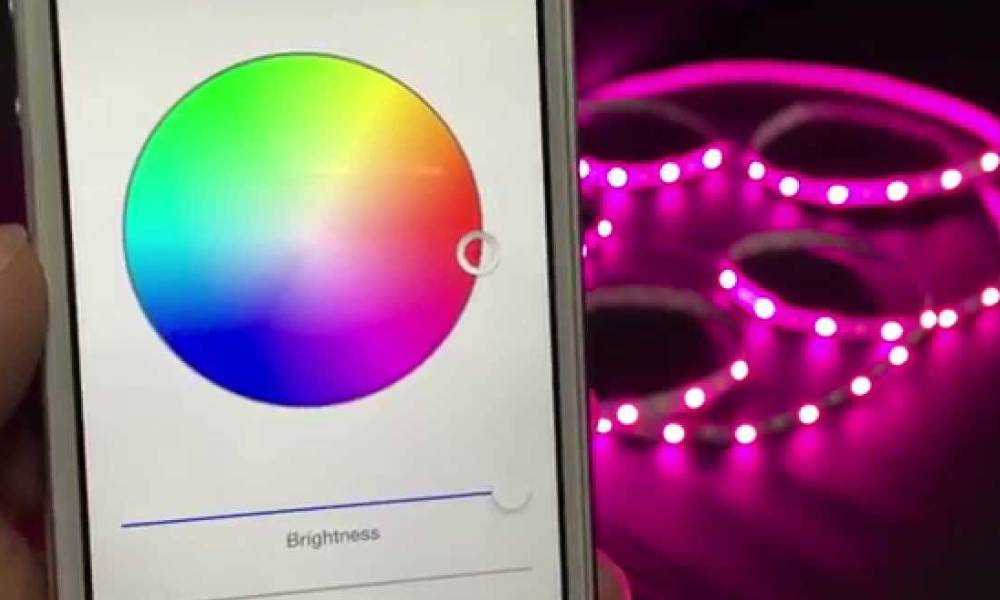 If you are lucky enough to own an LED strip light that can be controlled via a smartphone app then you won’t need to replace your remote as these apps typically offer all of the functions a remote does. 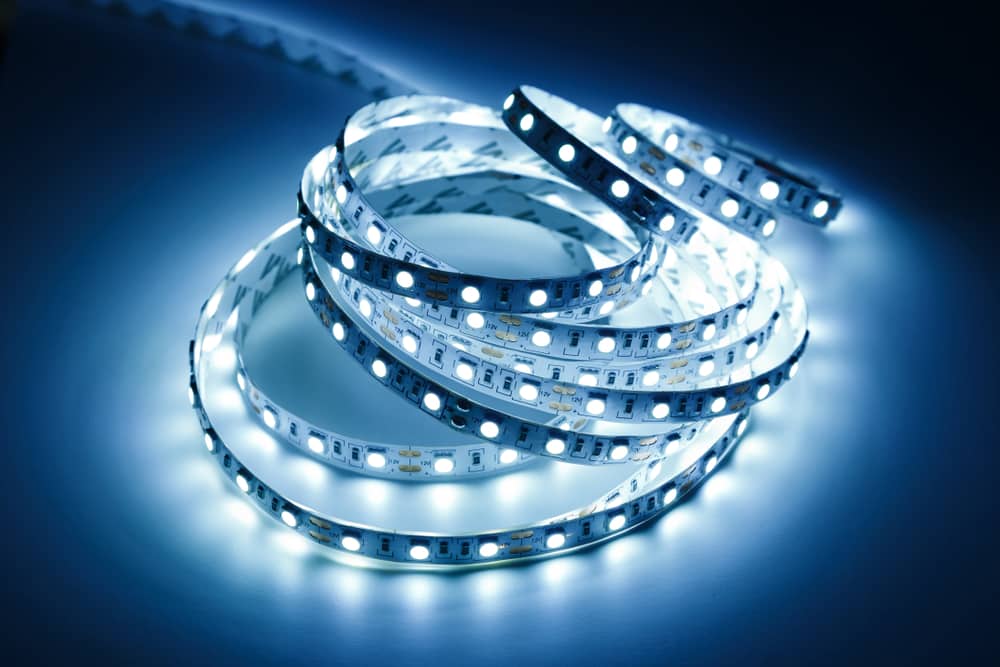 If you can’t find a compatible remote or get it to work via an app, then you will need to buy a brand new LED strip light.

We know this option isn’t the optimal one nor ideal but it is probably best especially considering that you need to have control over the power running through your LED strip light, at a minimum.

Luckily for you, LED strip lights are cheaper now than ever before and installation is typically easy to do.

Why an LED Strip Light Remote is Important 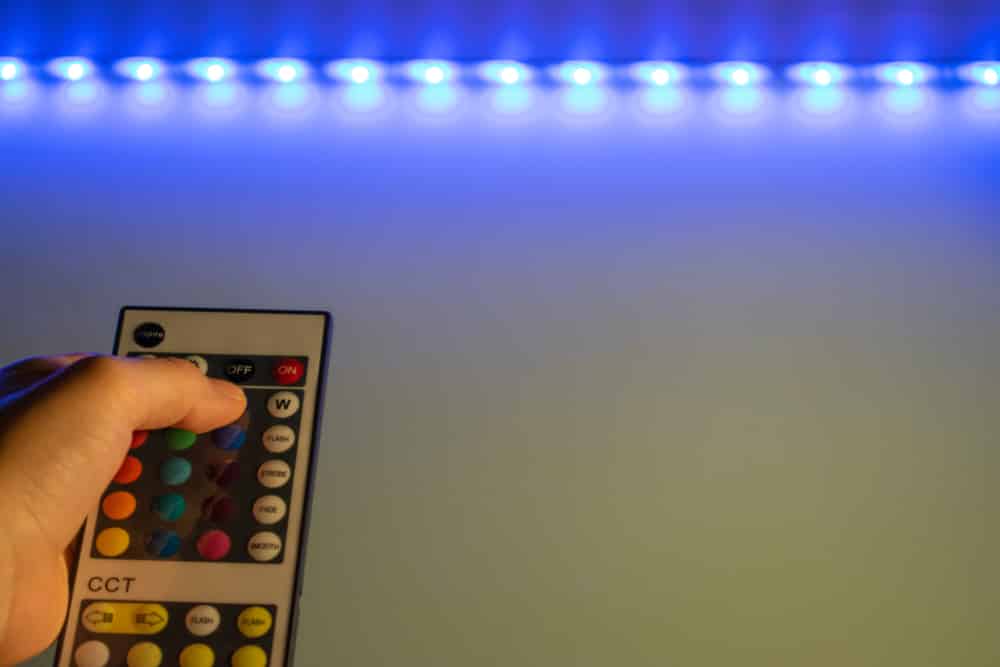 First, let’s explain why having a remote for your LED light strip is important.

Unlike traditional lights that you plug in and control from your lighting unit, LED light strips are plugged into the wall and controlled via a remote or even an app in some cases.

Unlike a light switch that you flick on and off, an LED strip light can be controlled via the remote.

This is important because, for optimal usage, LED strip lights are typically always plugged into the wall thus the remote acts as a kind of light switch for the LED strip light. But that’s not all it does.

The remote control on an LED strip light also gives you dynamic options such as a selection of color and the intensity of the light emitted. 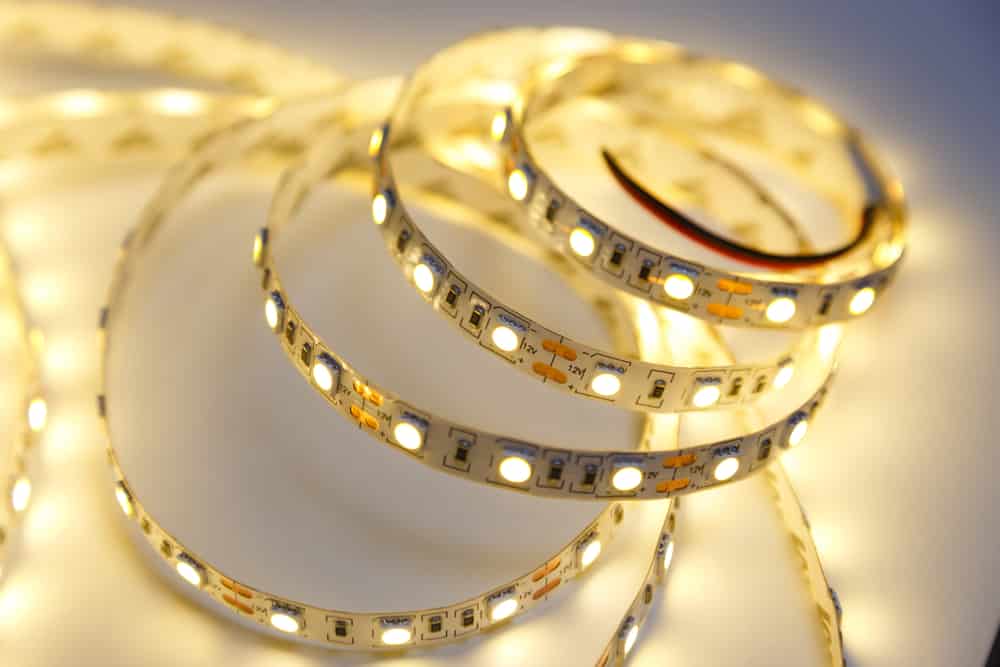 The standard LED strip light remote has an on and off function as well as a selection of colors as well as a way to control the intensity or hue of the output.

As we outlined above, some more advanced LED strip lights can connect via an app on your smartphone and be turned on or off that way.

If you have lost your remote for LED light strips, then these are the things you need to do to get your LED lights working. We do suggest getting a new remote, or if you can’t find one.

Just buy a new set of LED light strips. They aren’t that expensive these days.

Unfortunately, without a remote, there just isn’t much that you can do. This is why we recommend buying a new set of equipment. But you can try out these ways to get your lights to somewhat work.